It’s well known that cats are masters of sleeping because they can sleep anytime, anywhere and in all sorts of funny positions. They often love sleeping on the side or curled up like a shrimp and it’s adorably cute. However, there are some cats who love to lay on their back with their legs straight out…almost human like! We have an orange and white calico munchkin kitten named Chata that is most famous for this. 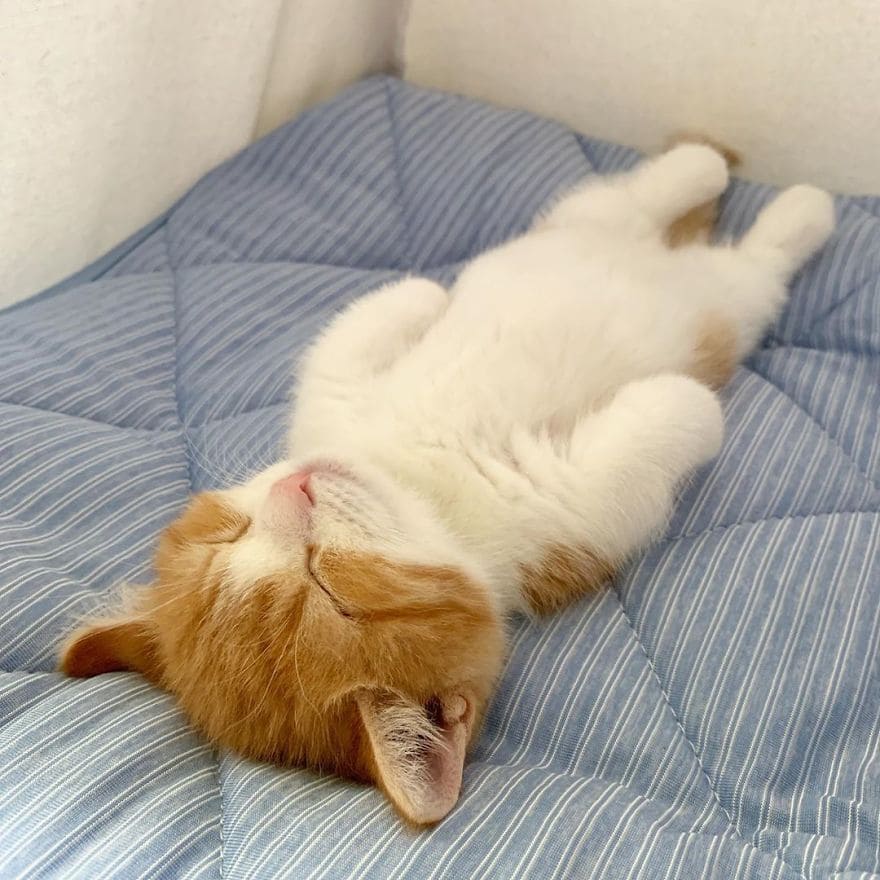 Meet Chata, a two-month-old kitten from Japan who already went viral on the Internet for his special way of sleeping by exposing his round belly and tiny pink paws. As you can see, he lays flat on his back without a care in the world. With the blissful and satisfied smile on his face, he may have some sweet and happy dreams. 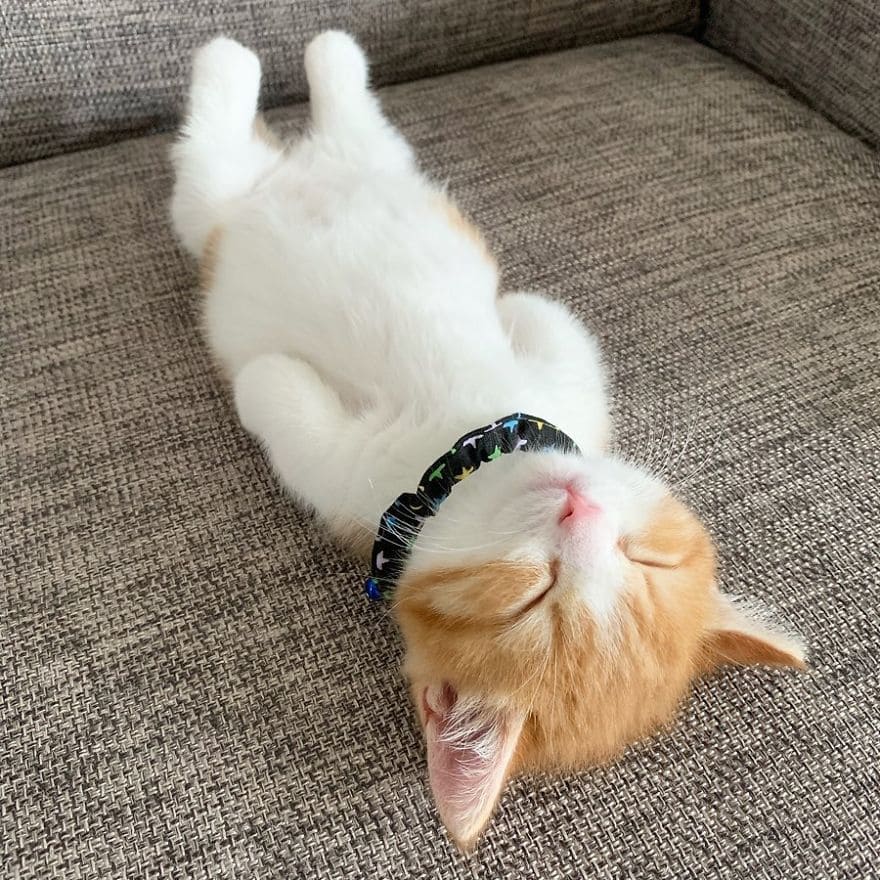 Many people may be worried about how Chata gets up after sleeping like this, but given how often he does it, maybe it’s easier after all. And when he wakes up, he becomes a mischievous boy like any other kitten. 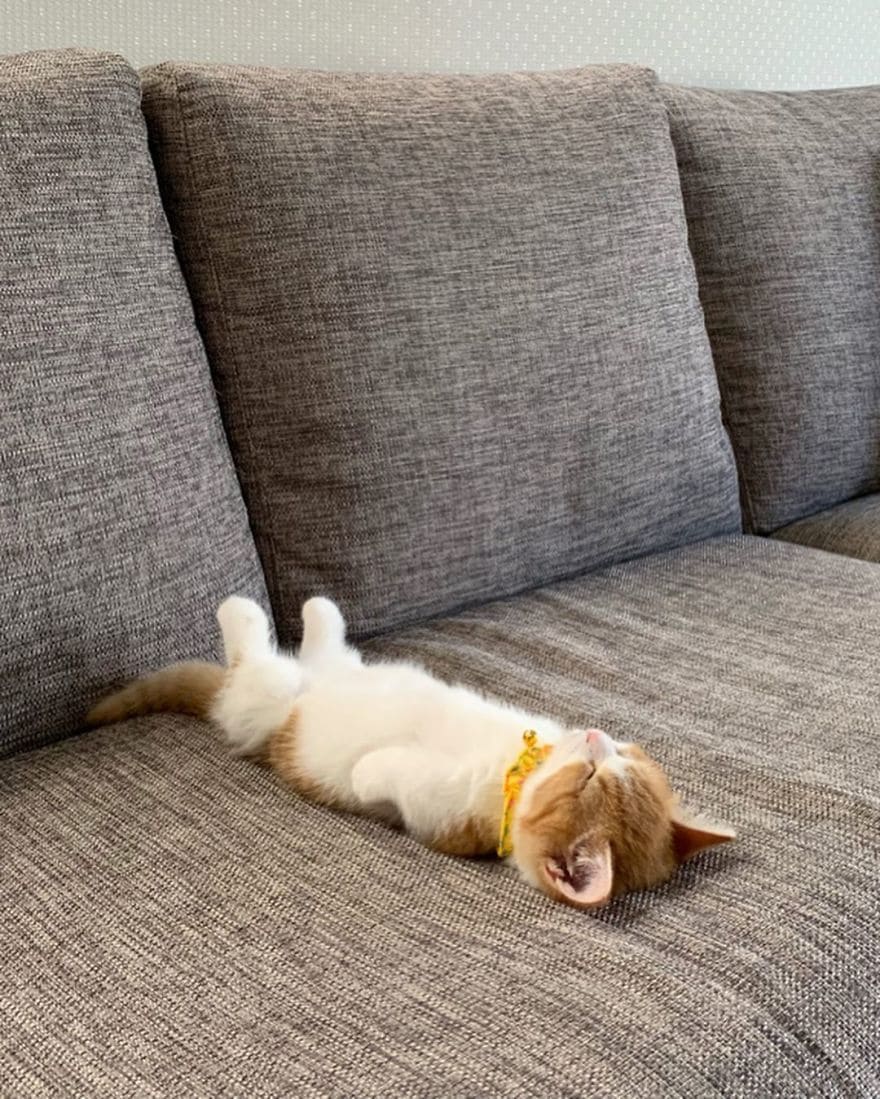 Chata has an older sister named Chava who is currently nine months old. Together with his lovely sister, Chata has already amassed quite a fan-base, with more than 41,000 followers on Instagram. 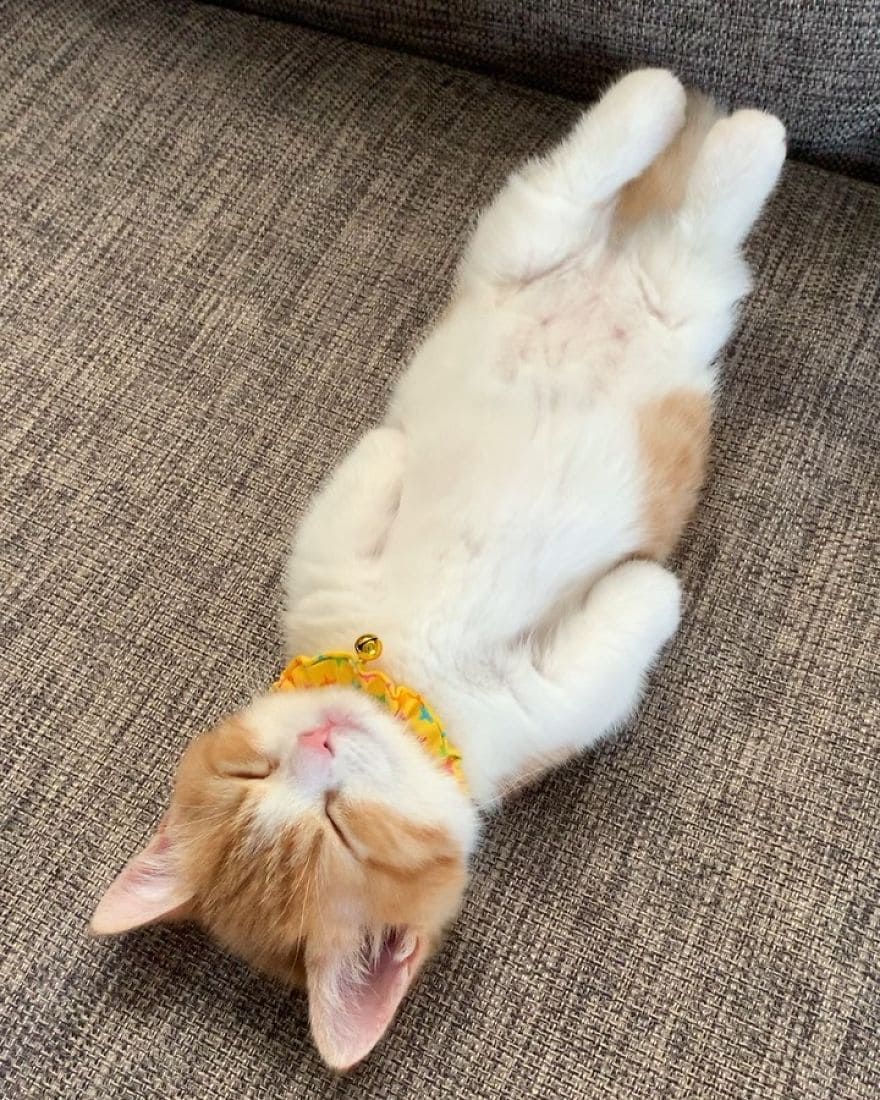 So, if you want to know more Chata’s adorable antics along with Chava, follow them on Instagram to make sure you get all the latest pictures. Feel free to share and let us know your thoughts in comments. 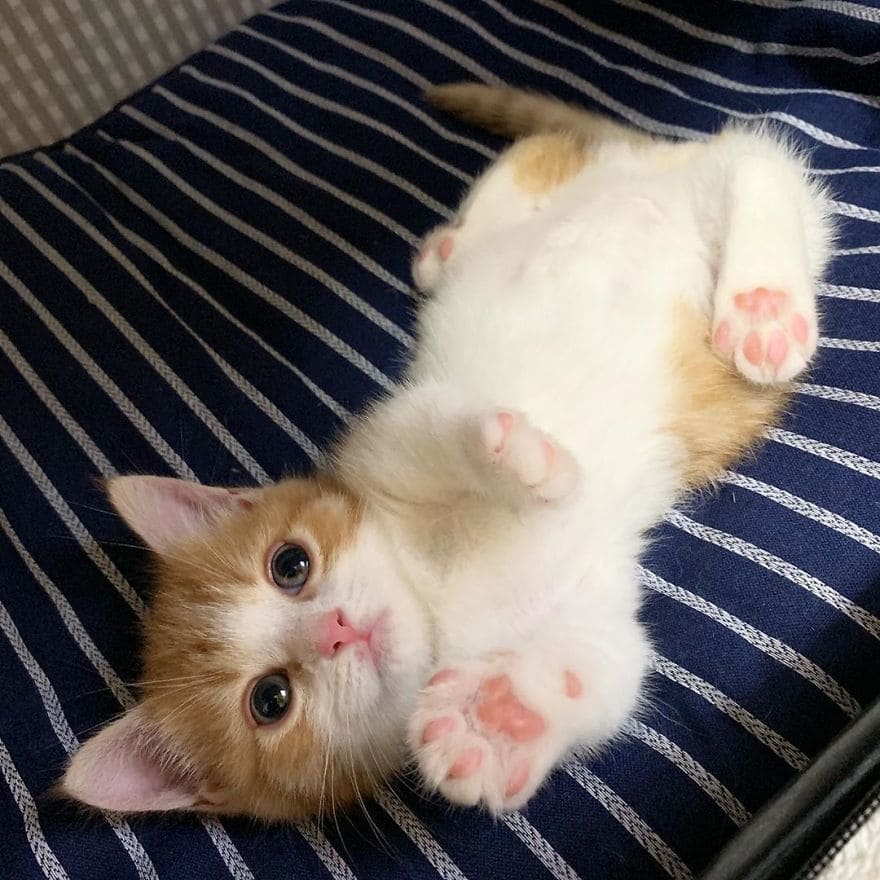 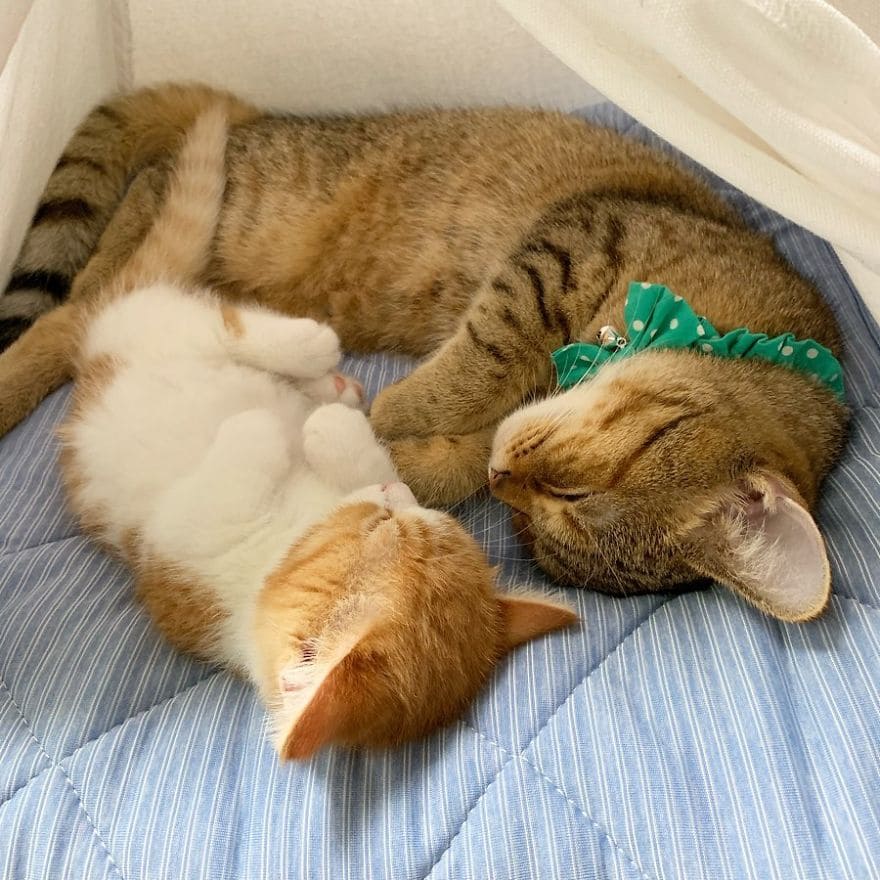 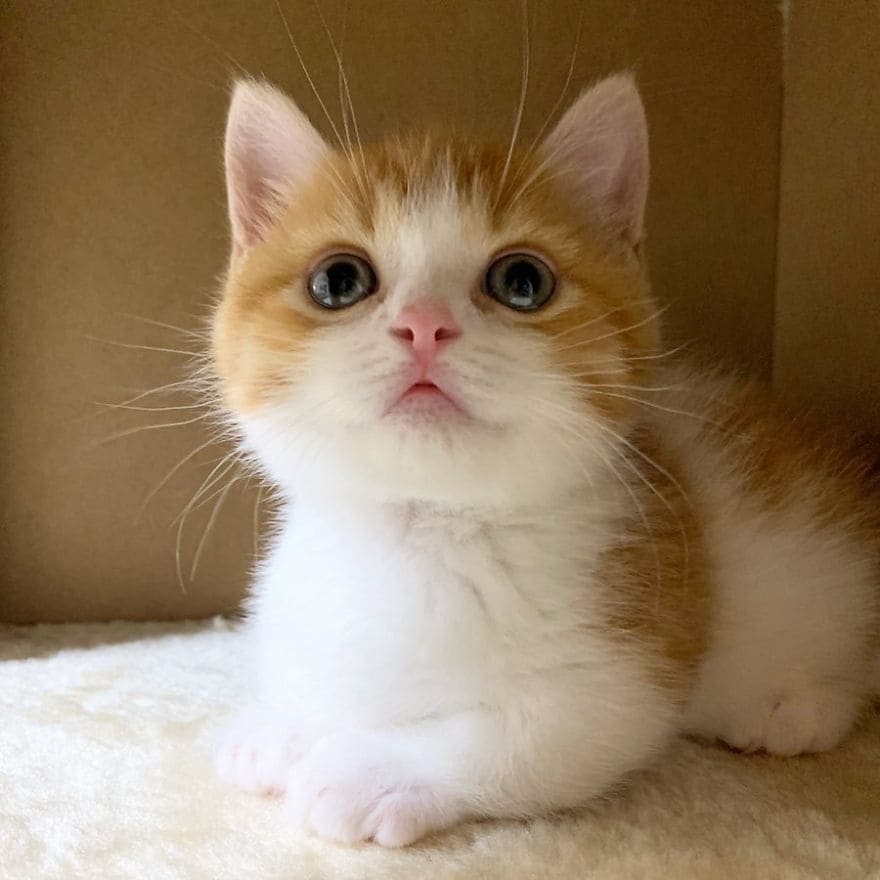 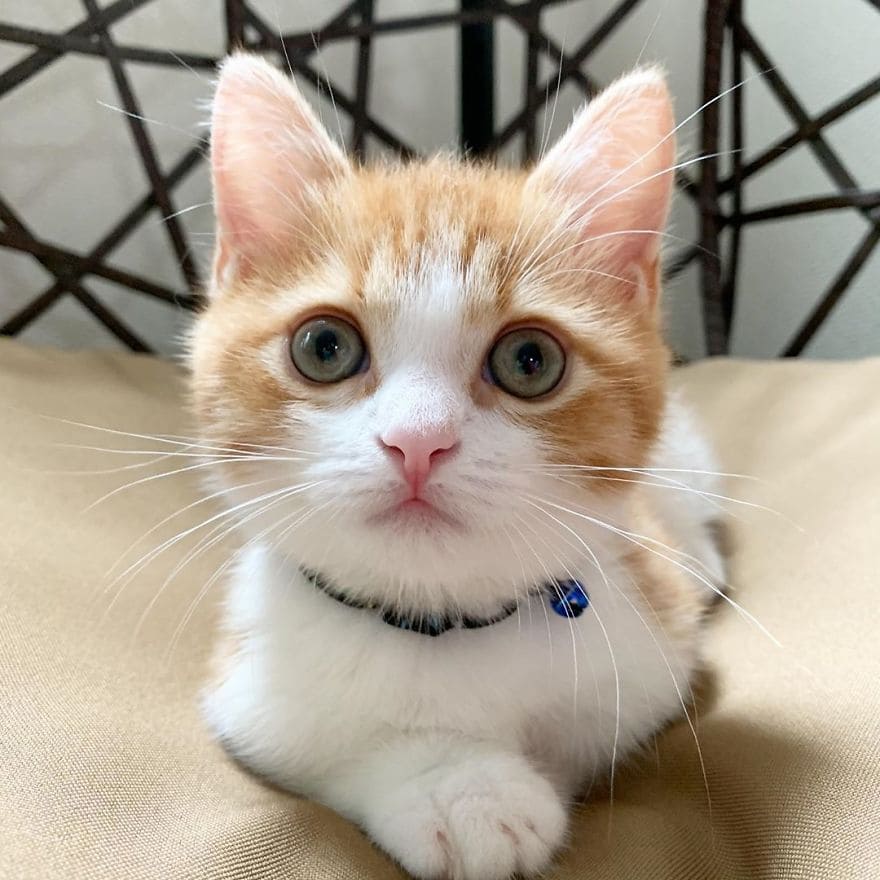