Cats react to things the same way as humans. At least that’s what most of their facial expressions seem to tell. These expressions are so similar to us that you will laugh at the similarity.

Perhaps he’s not quite sure of what’s being put in his cat bowl for dinner, but it definitely doesn’t look very appetizing. 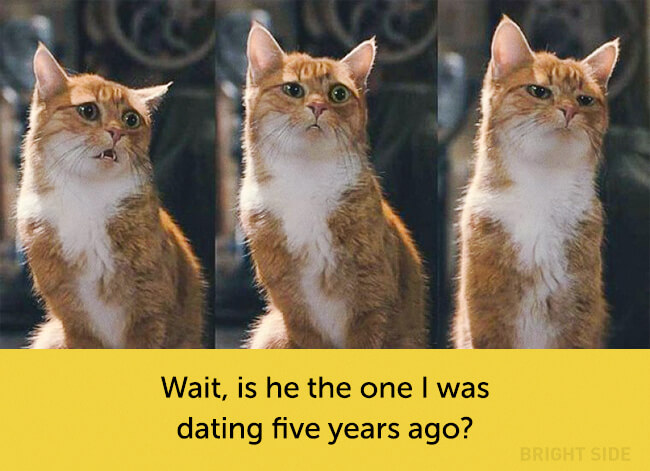 This cat definitely wasn’t prepared for this interview. Maybe she needs a few moments to collect herself. 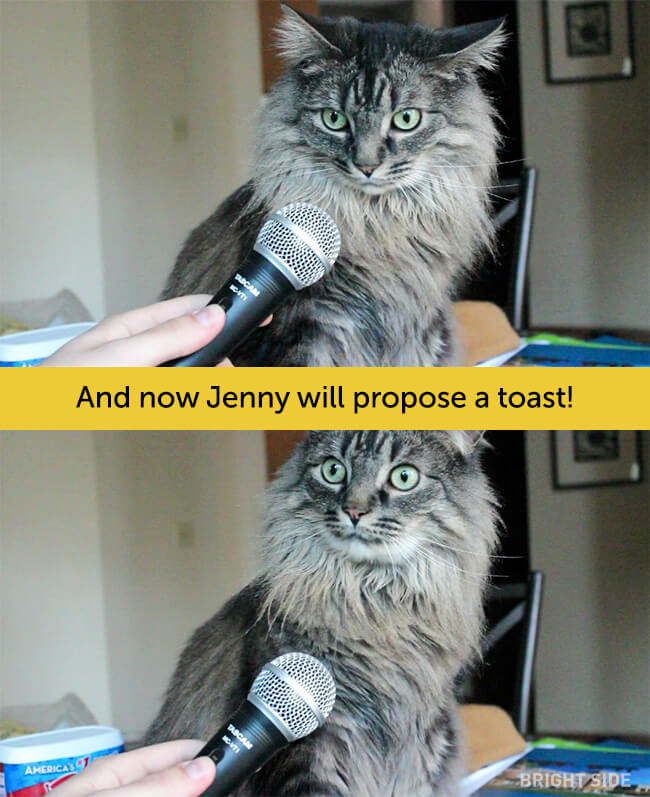 Whatever is happening off-camera, this feline is not a fan of it. 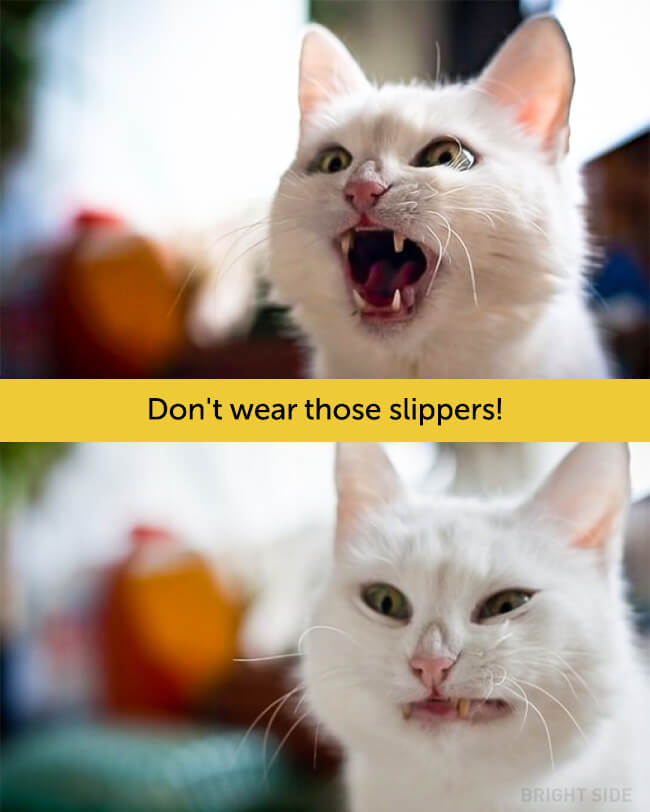 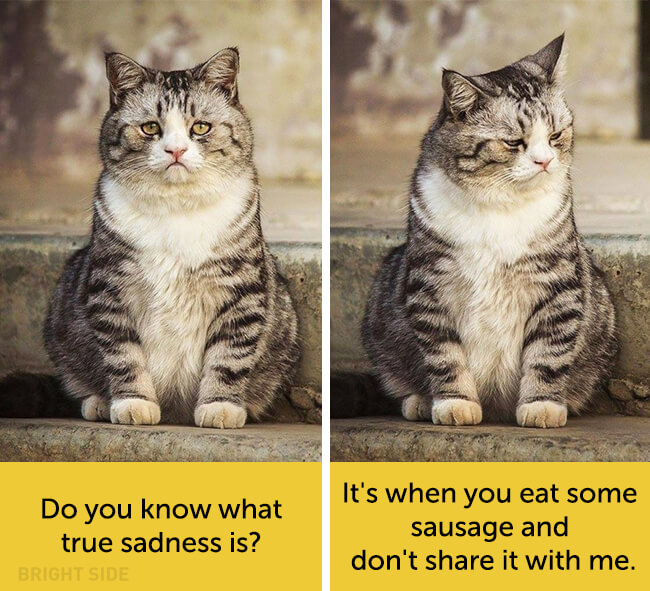 Nothing is more heartbreaking than the disappointment in this cat’s eyes. 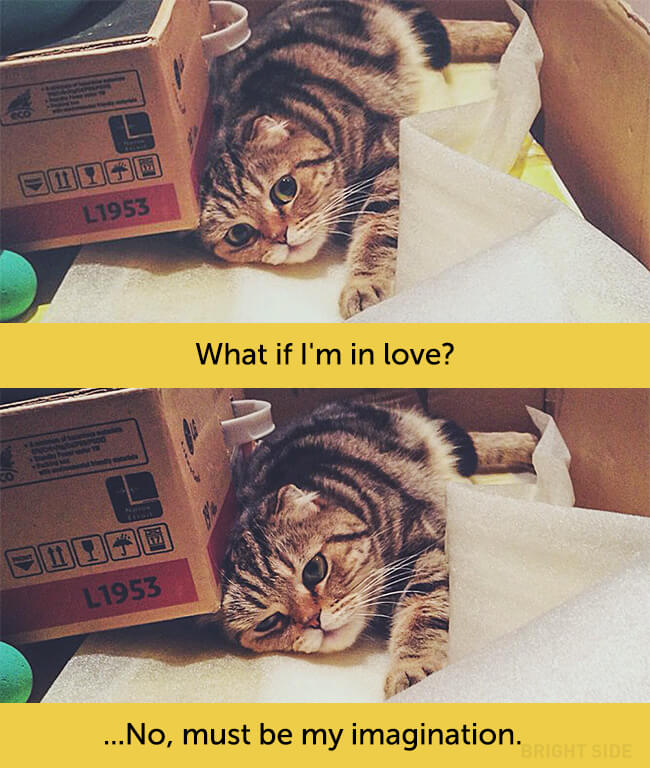 Those toys look mighty interesting to pounce on, but the cat’s having second thoughts about getting up. 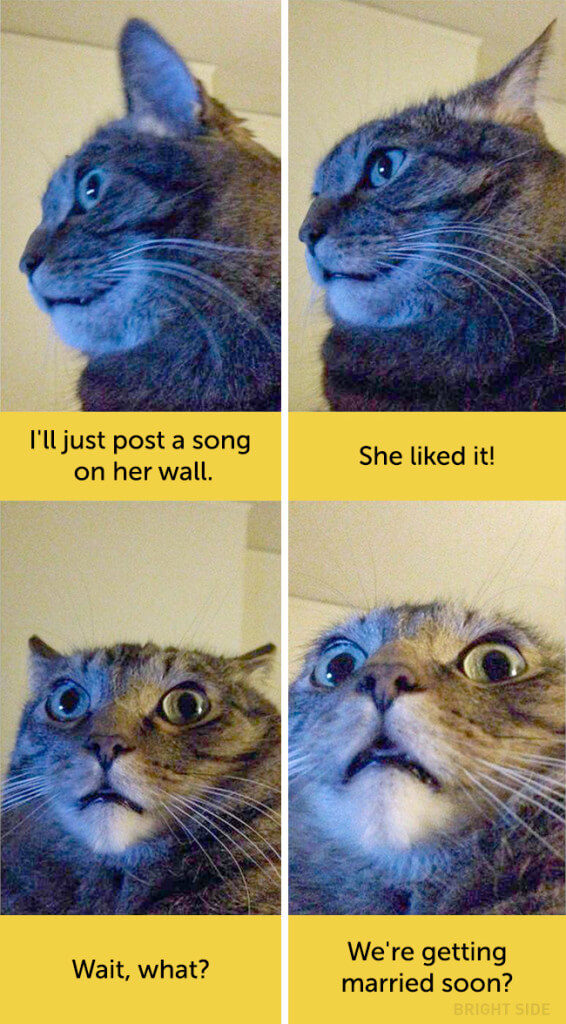 Getting up in the morning is one of the most difficult things to do, and we’ve all felt like this kitten at some point. 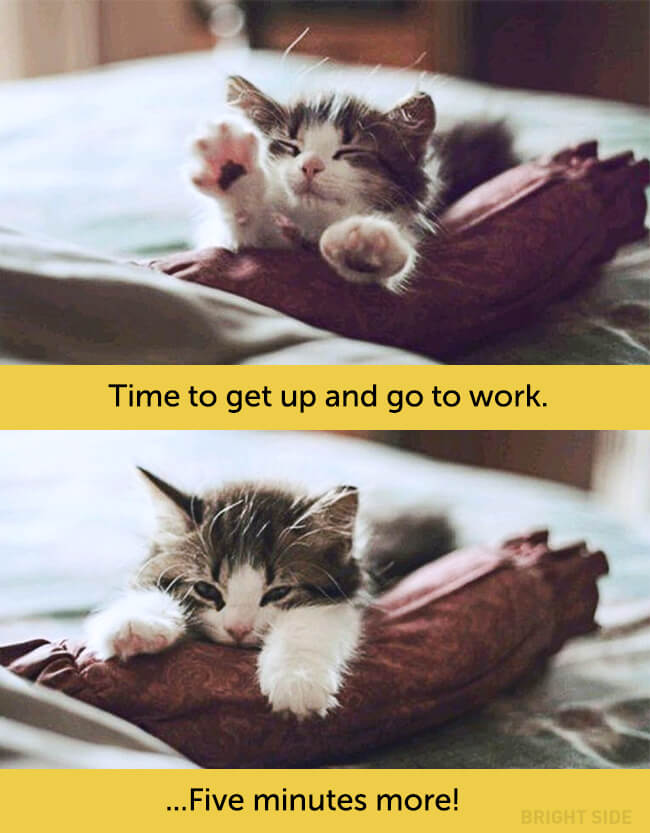 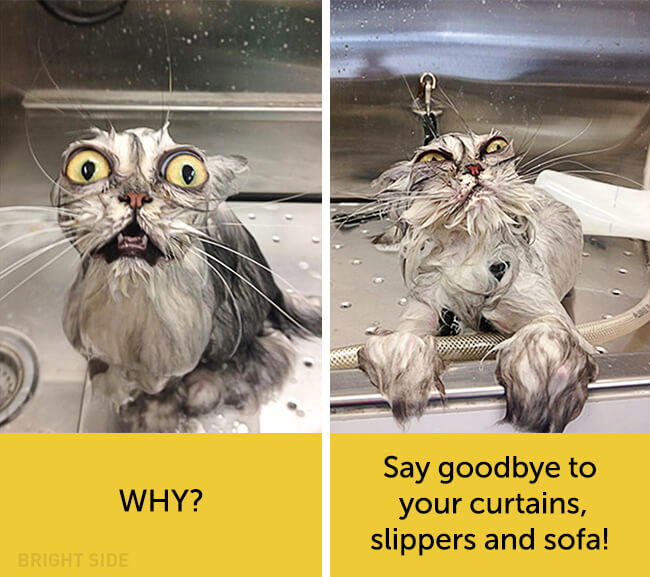 Three cats caught in the act. What that was, we don’t know, but they definitely look guilty. 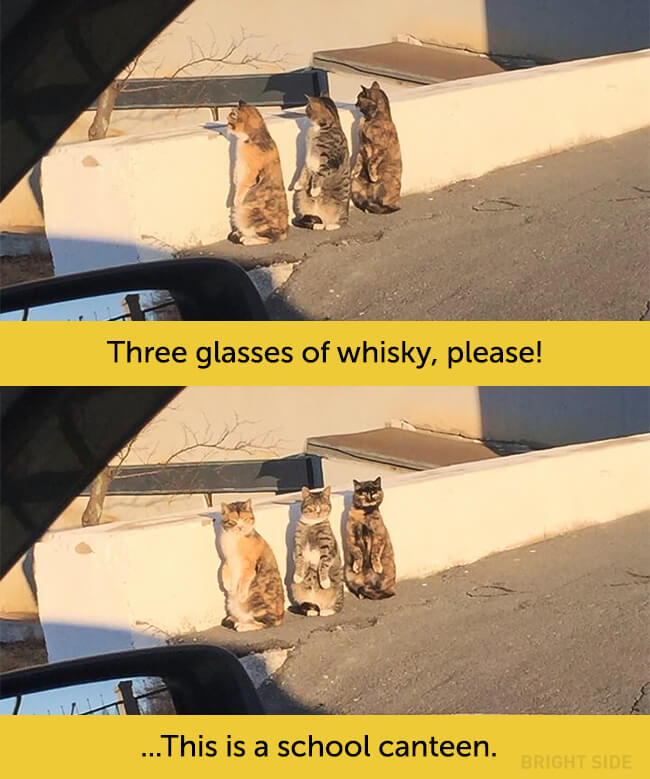 These cats did decide to get a room, and their public displays of affection are still being interrupted. 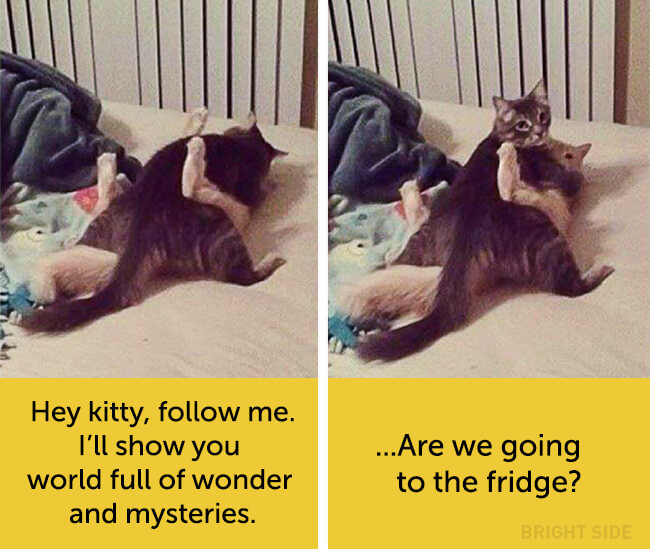 Just when he’s all snuggled in, he realizes he forgot to visit the bathroom. 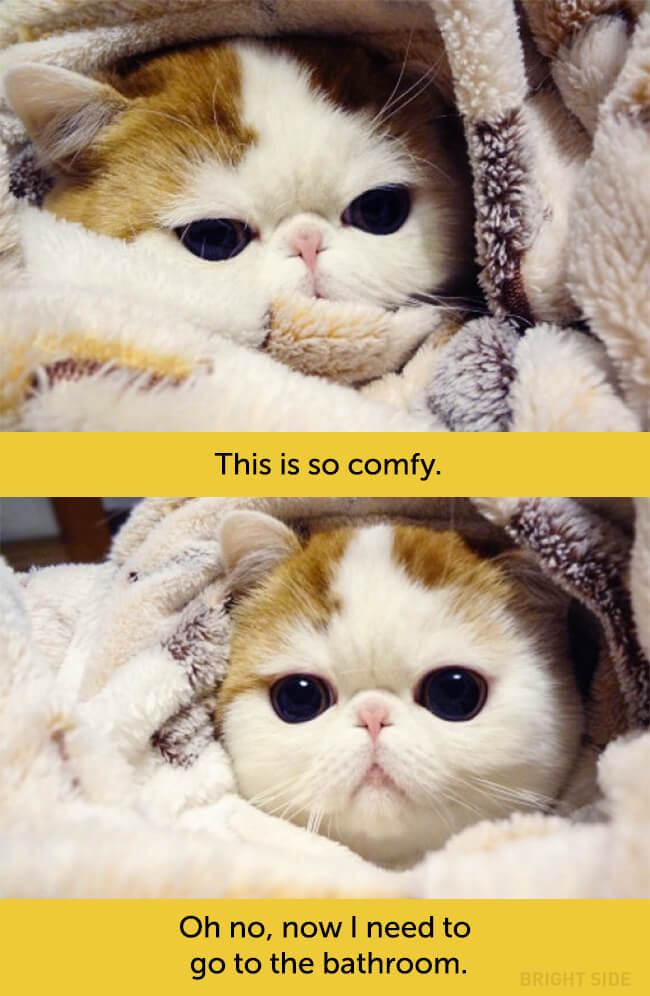 Catching a snowball is a lot harder than it looks. 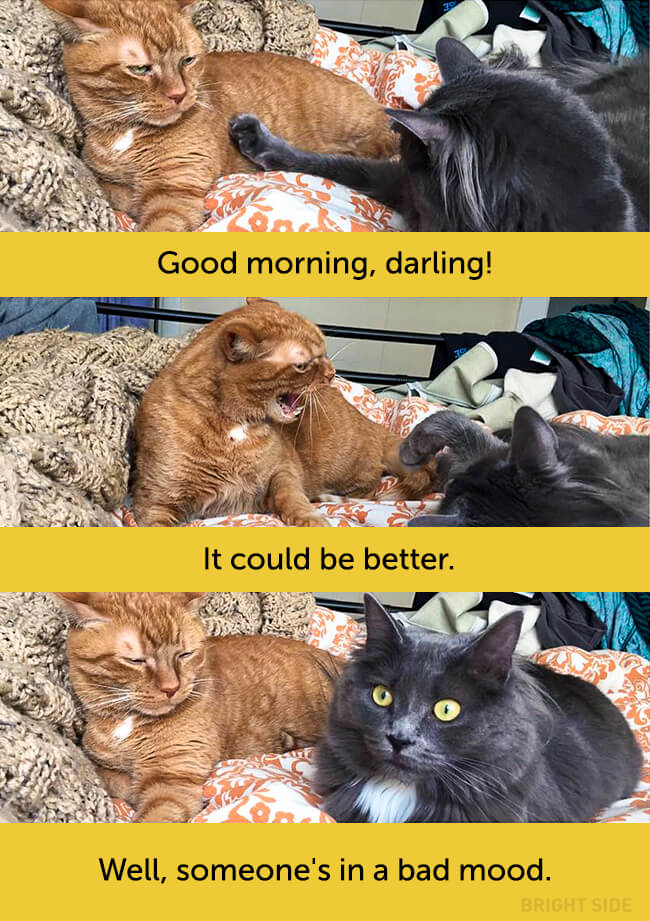 This cat is the epitome of having a bad day. 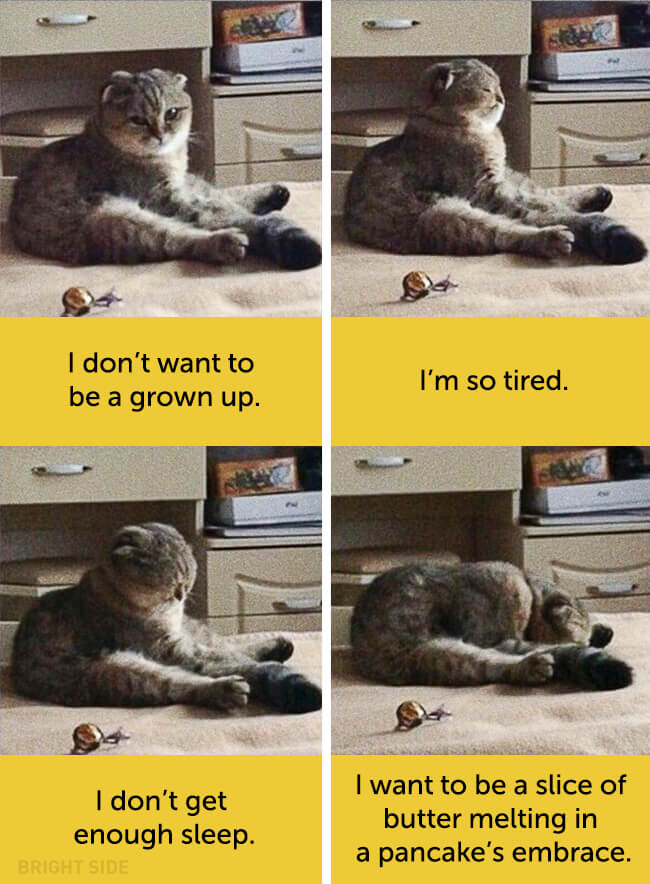 This cat realized he was just about to make a mistake in “complimenting” his owner’s dress. 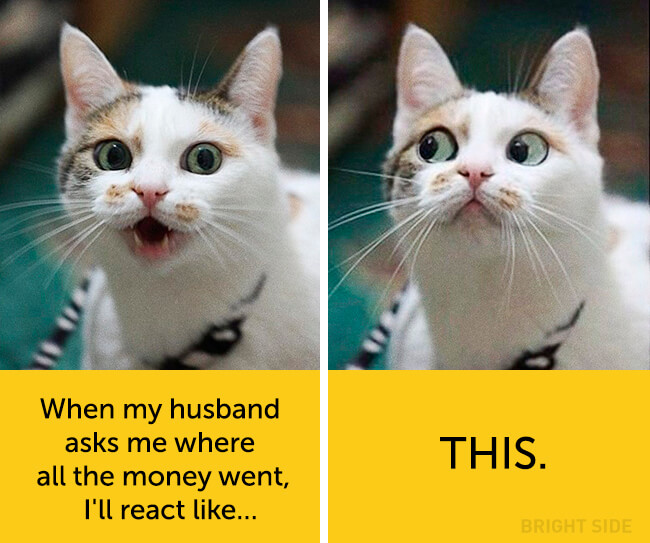